Getting Ready for Las Fallas

Valencia is busy getting ready for Las Fallas, the most important celebration of the year. Every March, Valencia celebrates the arrival of spring by erecting giant sculptures, called fallas, in the city streets and then burning them to the ground on March 19th during the Feast of Saint Joseph (the patron saint of carpenters) and just before the spring equinox. 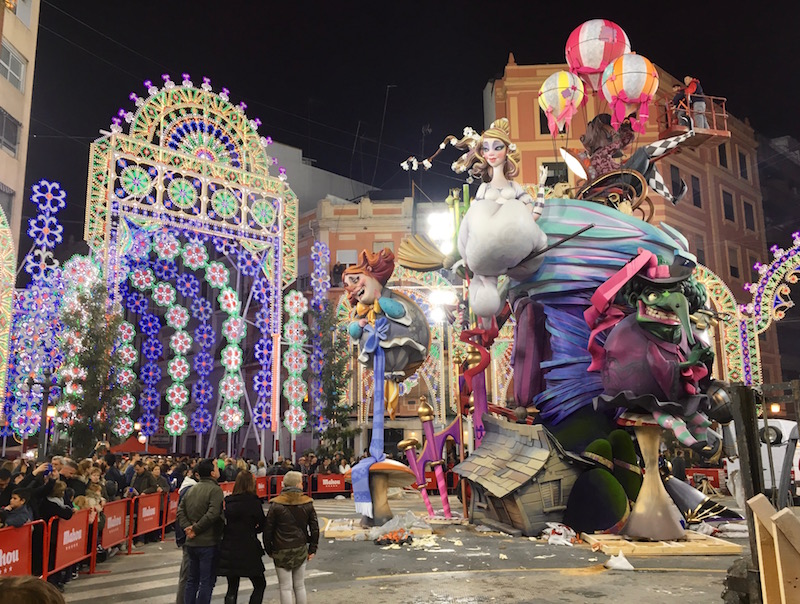 They have been doing this in Valencia for 500 years. In the 18th century, the festival really took off as the fallas took on satirical themes with caricatures of political figures and current events. Each district of the city has its own Fallas Commission, or club, which is responsible for organizing, raising money, designing and constructing the monuments. The Falleros (members) are busy at this year round and begin planning for next year as soon as this year’s Falla turns to ashes. Prizes are awarded to the best Fallas, but they all burn in the end.

They say that 1.5 million visitors attended the festival last year. This year is even more special because Las Fallas was recently granted Unesco World Heritage status as one of the most unique and important intangible cultural traditions in the world.

The festival doesn’t officially begin until Wednesday, March 15, but the city has been bustling with activity for days. Streets have been closed off for the assembly of the Fallas monuments. The Falleros clubs set up tents and paella parties in the streets next to where they are building their Fallas. 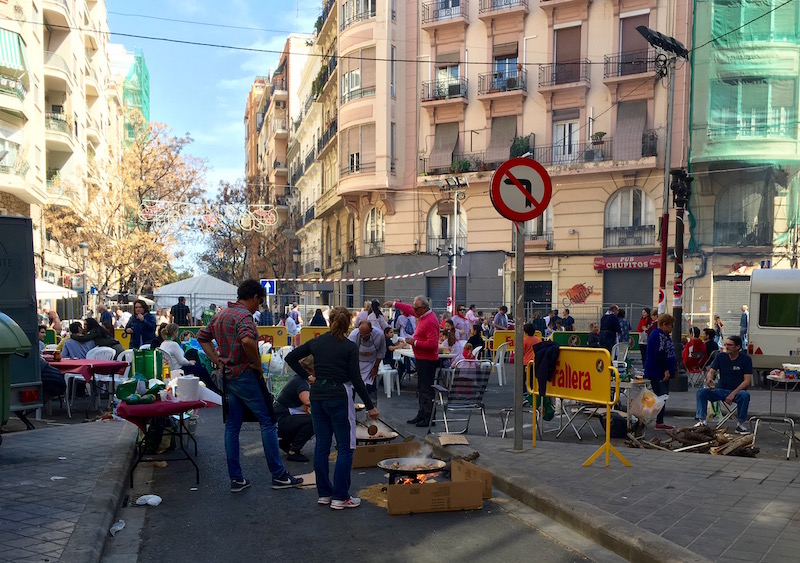 There will be over 750 of these monuments built throughout the city. I’m still having a hard time believing this, but nothing surprises me anymore in Valencia. I expect that each day of Fallas will bring a new surprise. Throughout the week, I will be posting short glimpses of our Fallas experience.

It has been fascinating to walk around the city and watch these giant sculptures being erected. The monuments are made of wood, paper maché, wax, and polystyrene foam. The level of artistry and craftsmanship is astounding. Each monument is a compilation of smaller sculptures, called ninots, that come together to reach amazing heights. Here is some of the action underway: 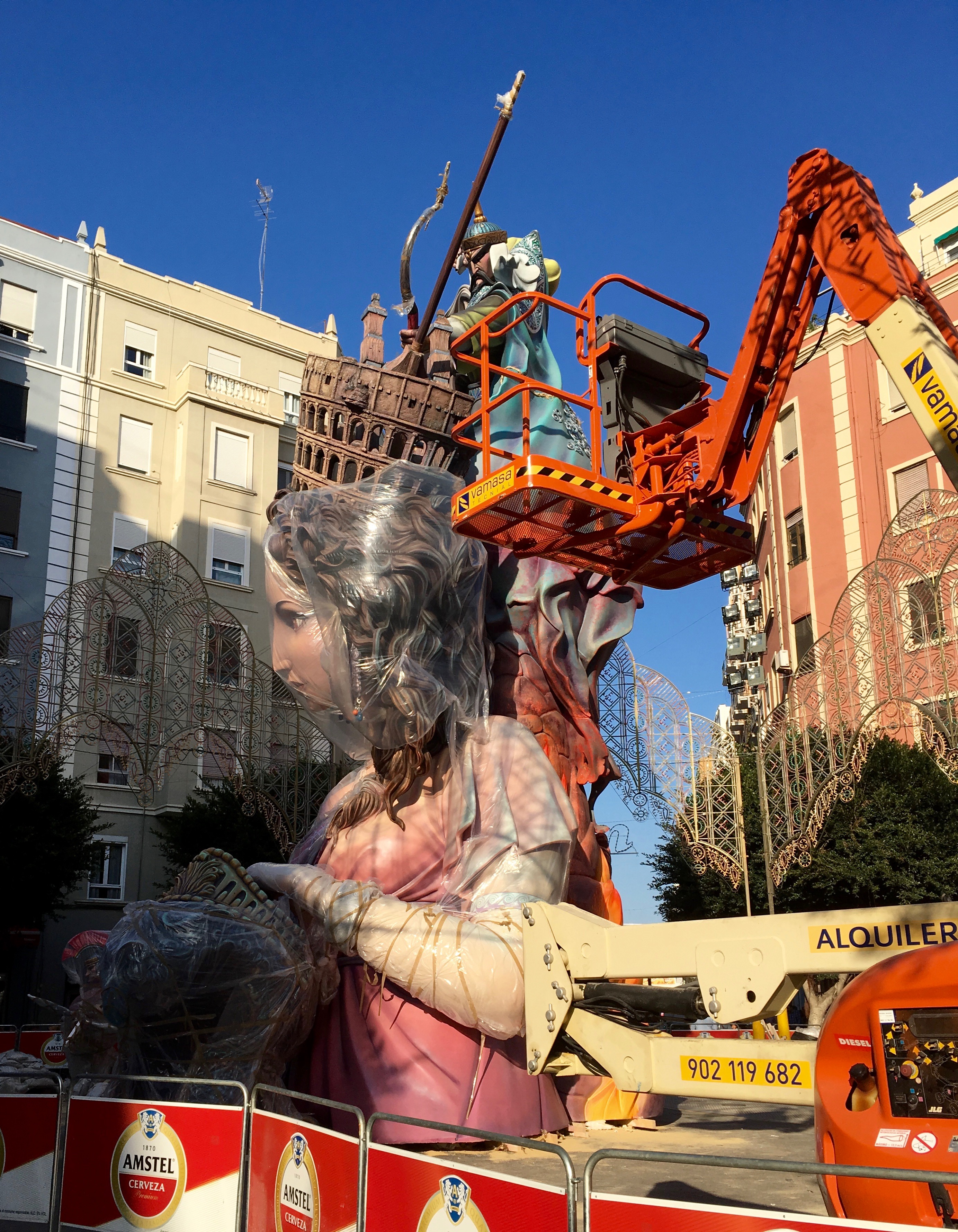 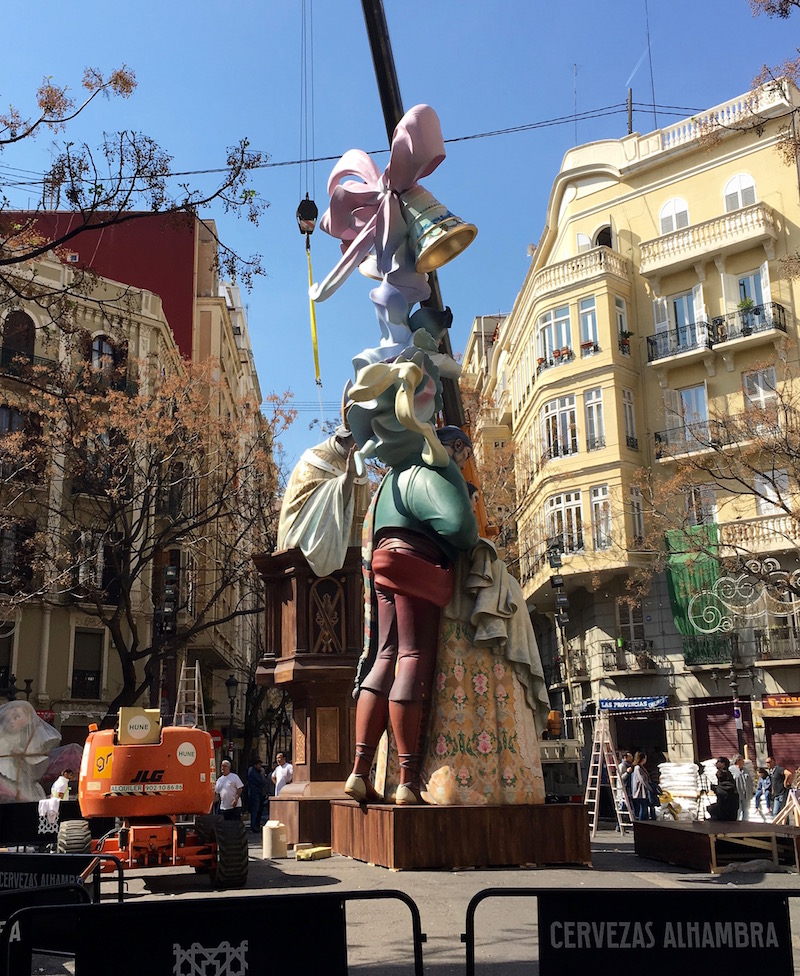 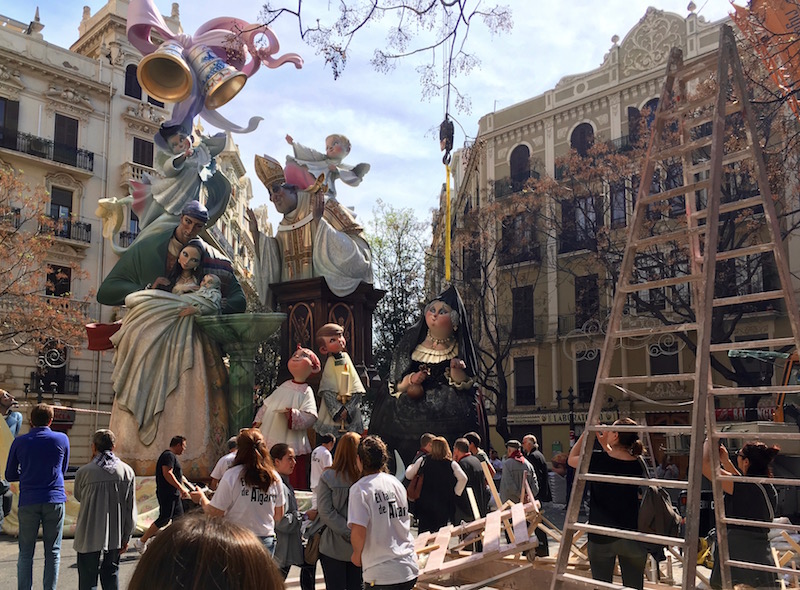 4 responses to “Getting Ready for Las Fallas”