With the first crumble it spread slowly, in lava flow, across the palatal landscape, tasting of minerals and luscious buttercream, of chamomile and thyme. It tasted of flower and dirt, manure and nectar–and perhaps of love and hate, too.”

— Michael Paterniti, The Telling Room: A Tale of Love, Betrayal, Revenge, and the World’s Greatest Piece of Cheese

It makes you really want to taste that cheese, doesn’t it? We were reading The Telling Room, a book about the history and drama surrounding an artisanal cheese from Castile-Leon Spain, at the same time that we came across La Majada, a cheese bar in Valencia. The book sparked an appetite for Spanish cheese that La Majada’s vast cheese cellar was perfectly suited to fulfill. Now, I like to imagine that each artisanal cheese has an intriguing story behind it.

I admit that we had been guilty of thinking that cheese from Spain simply meant Manchego. It was the only Spanish cheese that we had been exposed to in the United States, but maybe we just weren’t paying attention. They have been making cheese in Spain since before the Romans colonized the area in 200 BC, so why don’t we think of Spain when thinking of European cheeses?

Possibly because during Franco’s dictatorship the production of artisanal cheese became illegal due to a quota requiring cheese makers to process a minimum of 10,000 liters of milk per day. Many traditional cheeses were lost, but some cheesemakers continued on in secret until Franco’s death in 1975. The quota was finally repealed in the 1980’s and now Spanish cheeses are having a revival.

Twenty seven of the more than 100 types of cheeses produced in Spain have a designated “Denominación de Origen Protegida” (DOP) or “Indicaciones Geograficas Protegidas” (IGP) to regulate their production and guarantee authenticity. You can learn all about the different denominations at this website dedicated to Spanish cheese.

Every area of the country produces cheeses that differ based on climate, geography, and the animals that supply the milk. Mostly cow’s milk cheeses are produced in the north and along the coast of the Cantrabrian sea, including Galicia. Sheep’s milk cheeses predominate in the central parts of the country; this includes our old friend Manchego from La Mancha. The Mediterranean coasts produce mostly goat’s milk. Cheeses from the mixed milk of all three animals can be found all over the country.

The variety of Spanish cheese is too extensive to even touch in one blog post. Really, some things you just have to experience for yourself–one luscious bite at a time. That’s where La Majada Quesos Cheese Bar and Shop comes in.

La Majada gets its name from the place where shepherds and their flocks take refuge at night.  Cheese expert Andres Garcia and brothers Miguel, Joaquin and Carlos Varea have created a place where you can explore a vast range of cheeses. They have over 150 artisanal cheeses from around the world, including about 20 that are produced in the Valencian community. 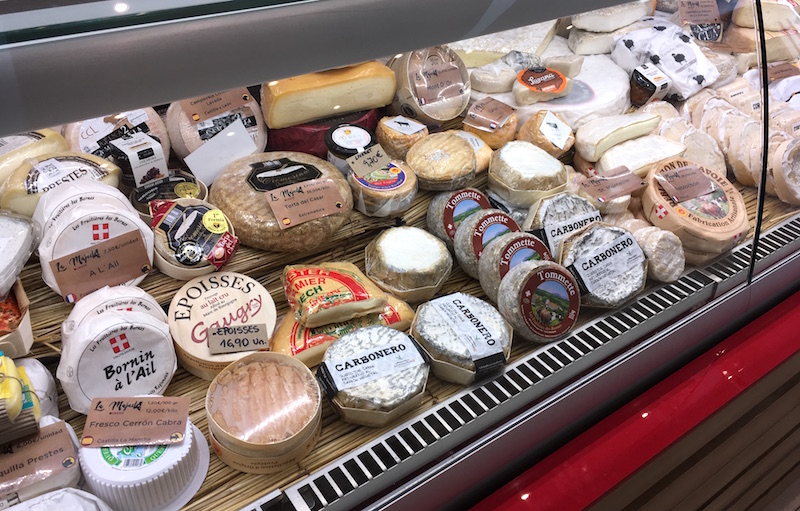 The large glass cheese room in the front of the shop draws you in from the street. Once inside, the smell alone is swoon worthy. Here the cured cheeses are stored in ideal conditions at a temperature between 12°C – 14°C and 80% humidity.

You can select your own cheeses to take home or eat in the bar. We like to choose from one of their eight Tablas De Queso (cheese boards), each designed to highlight a specific region or style of cheese.

For example, the Tabla “Ancha es Castilla” features six cheeses from the plains and mesetas of Castile. The cheeses are served with a degustacion de panes (bread tasting) that includes a selection of breads of differing taste and textures. This is one case where I think it is worth paying the €2 bread charge.

Of course good cheese deserves good wine, which can be found in La Majada’s wine cellar. You can select a bottle from the cellar to take home with your cheese purchase or to drink in the bar for a €6 corkage fee. It’s also fun to pair some of the wines available by the glass to the cheeses on your plate. We were surprised and pleased to find over a dozen sweet wines by the glass. On a recent visit we opened a bottle of Alvarez Nolting Syrah from Valencia to pair with our Tabla “Ancha es Castilla”, but saved the final cheese – a soft blue called Aullido Azul – to pair with a sweet glass of Tokaji from Hungary. So good together! 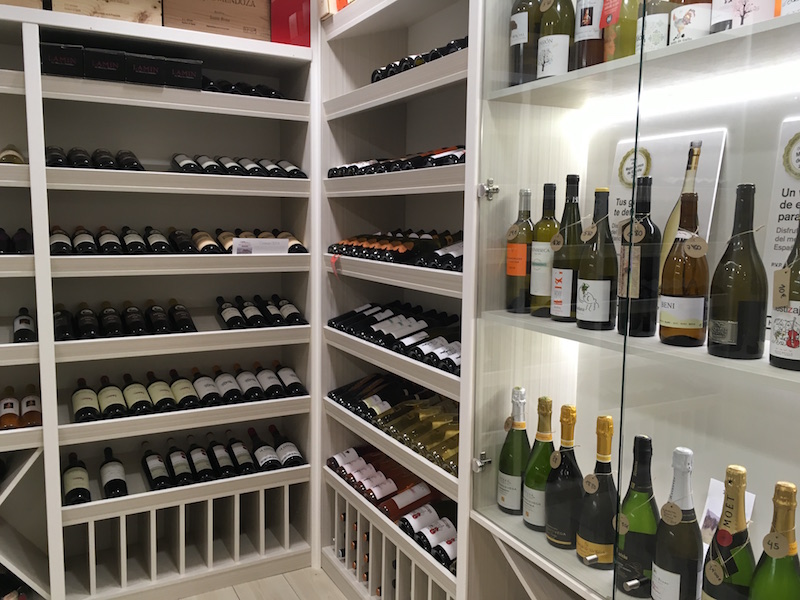 If you’re looking for more than just cheese, they also serve some small plates, tostadas, sandwiches, and a not so small plate of Raclette cheese melted over potatoes, mushrooms and bacon. This plate is pure comfort food at its best.

Just writing about this has me fixated on cheese again and ready to go back to discover another new one. La Majada is located on Calle Félix Pizcueta, a small street tucked between Calle Colon and Gran Via Del Marques Del Turia. Somehow we seem to walk right by without even seeing it, despite the window into the cheese cellar. The signage is subtle so keep an eye out. You won’t want to miss it!