Nochevieja (New Year’s Eve) found us in the Plaza del Ayuntamiento, our pockets loaded with grapes. A crowd of people surrounded the town hall, drinking cava from plastic cups and dancing to the techno music under the pyrotechnic light show. The town hall was dressed for the occasion in lights of pink and blue.

We focused our attention on the clock tower. When the clock struck midnight, we began shoving the grapes into our mouths. One for each stroke of the clock, twelve in total for a year of good luck, each to be accompanied by a wish. Most of mine were wishes that I could finish the grapes while maintaining an open airway. Rapid-fire loading my mouth with whole grapes suddenly seemed like a choking hazard. I kept a tight grasp on my husband’s hand. He was the only one I trusted to pull off a successful heimlich maneuver and I didn’t want to lose track of him.

Once the grapes were down, the firework display began. Firework bombardment was more like it! In the U.S. they would have blocked off a large area from the fireworks, but in Spain they shoot them right over your head. The shower of fireworks exploded from the top of the town hall building to the delight of the crowd.

After a bittersweet medley of songs by Prince, David Bowie and George Michael, we made our way back through the crowd to head home. It seemed that most of the city was just getting started. Literally. At 1AM a lot of bars were just opening for the night.

New Year’s Day was bright and sunny. A perfect day for a long walk in the park and a chance to explore one the Christmas markets still going strong in Valencia. The City of Arts and Sciences has been stunningly beautiful and the Christmas market under the bridge? was my favorite of the season. Food trucks, sweets, crafts, games for the children, and a puppet show were a joy to stroll through. We hardly noticed when the sun fell and the evening turned cold and crisp, ushering a brisk walk home. 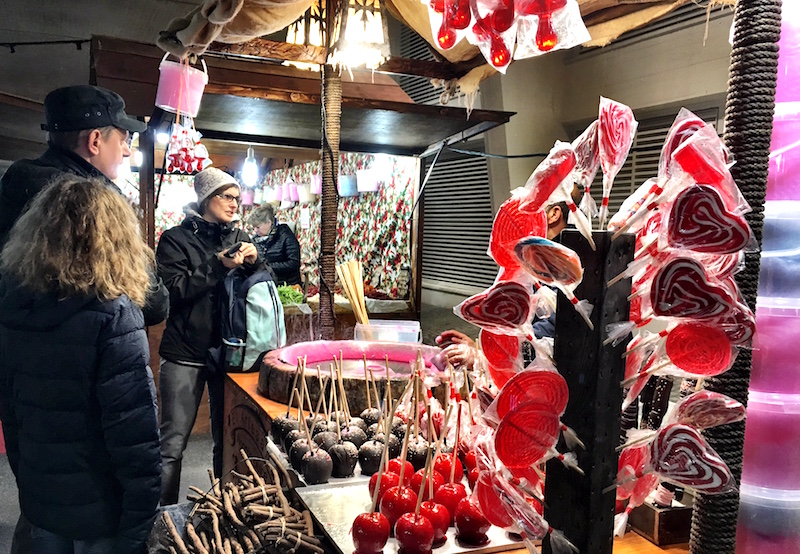 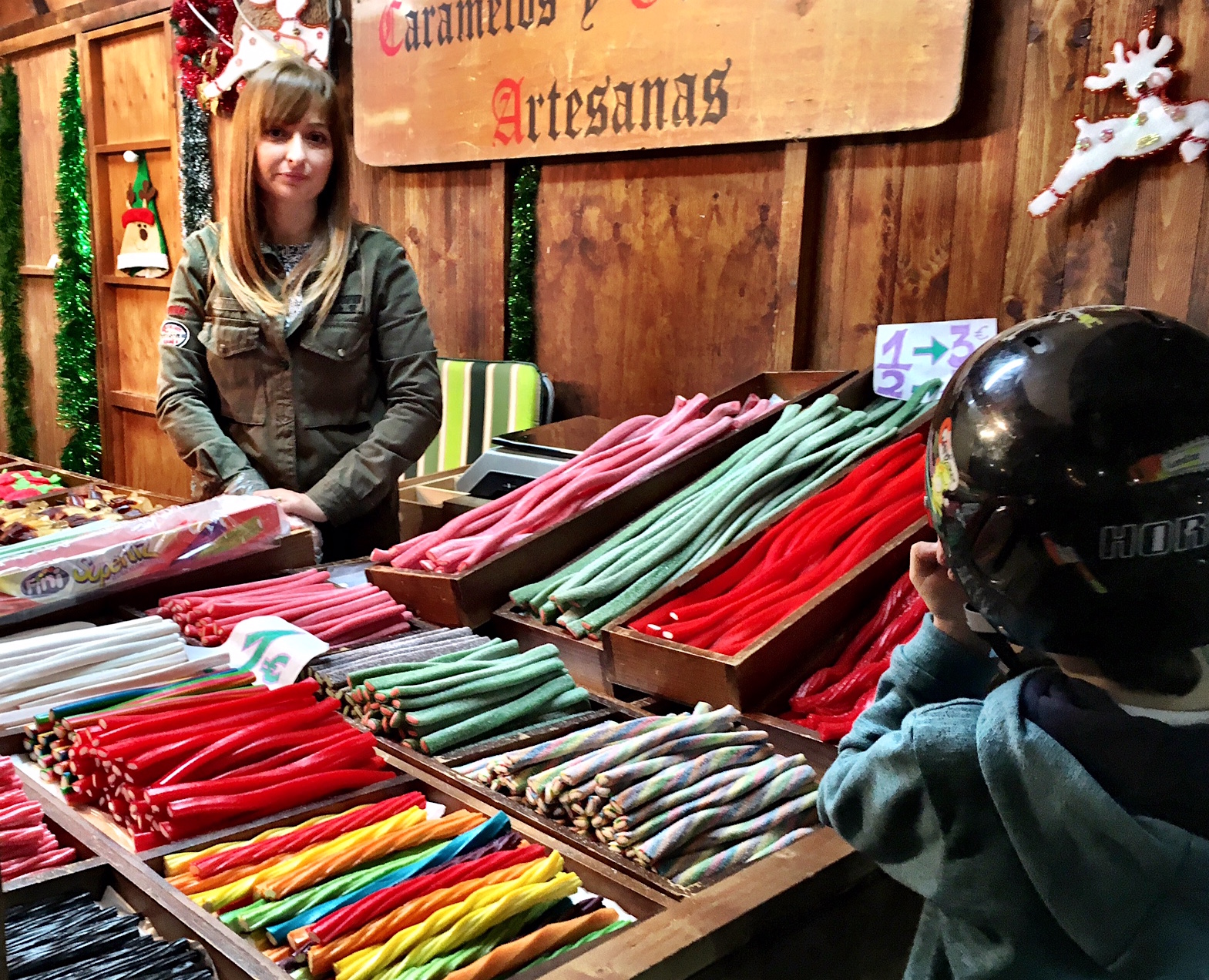 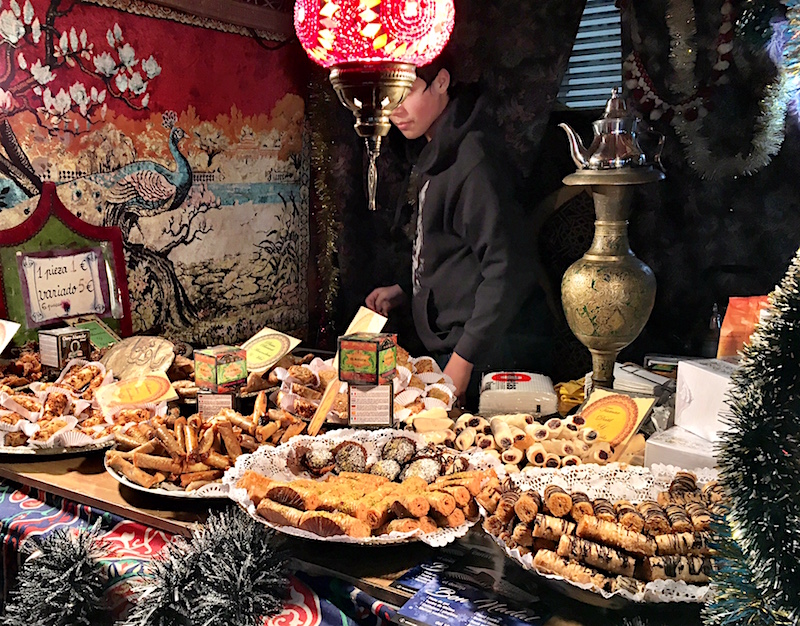 And finally the day that everyone had been waiting for: The Epiphany and Día de los Reyes Magos. On the evening of January 5th the Three Kings – Melchior, Gaspar and Balthasar – arrived at the Port of Valencia by boat and paraded through the city in La Cabalgata de los Reyes Magos.

If I hadn’t already known the parade route, it wouldn’t have been a problem. Just follow the streams of children, marching toward the parade like ants to a picnic. They know where to find the sweets.

Children lined the streets, waving their arms in the air shouting “Aqui! Aqui1” (Here, Here). They were excited because they know that every float passing by will be tossing candy and toys to the crowds along the way. I saw plenty of adults scrambling for candy on the sidewalk – for their children, I’m sure. However, the upside-down umbrella just seems unfair. 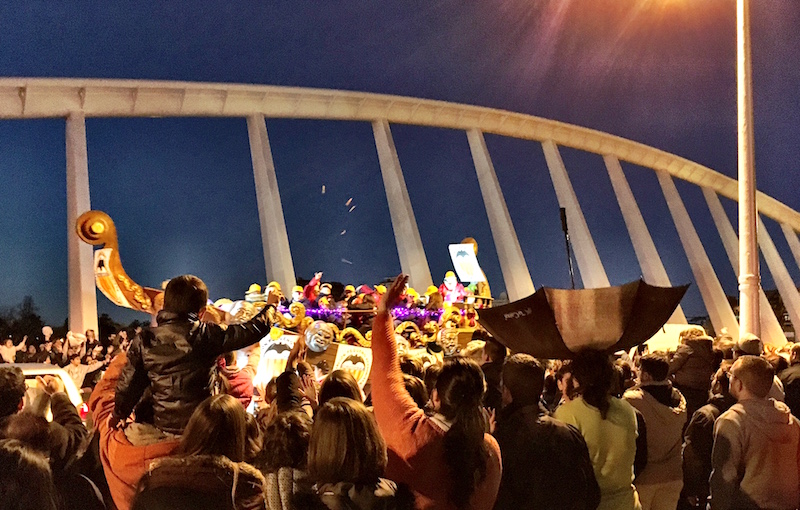 The procession ended at the Plaza Ayuntamiento, where the Kings addressed the hoards of children from the balcony of the Town Hall. The event was accompanied, of course, by a pyrotechnic light show and fireworks. Estimates put the crowd at 80,000 people. These last few bits of information I gathered from reading the news. I wasn’t going anywhere near the Ayuntamiento. Do you think I’m crazy?

Later that night, children set their shoes by the window along with treats and water for the camels, hoping for the gifts they requested in letters that they wrote to their favorite king. The next morning, children wake to find gifts in their shoes.

I mean gifts under the Christmas tree.

Or are they by the window? Wait a minute, where do the Three Kings leave their gifts? Well, I guess I don’t have this all figured out yet.

And so ends the long holiday season. Maybe now we can get some sleep!

4 responses to “Finally, the Three Kings arrive in Valencia”